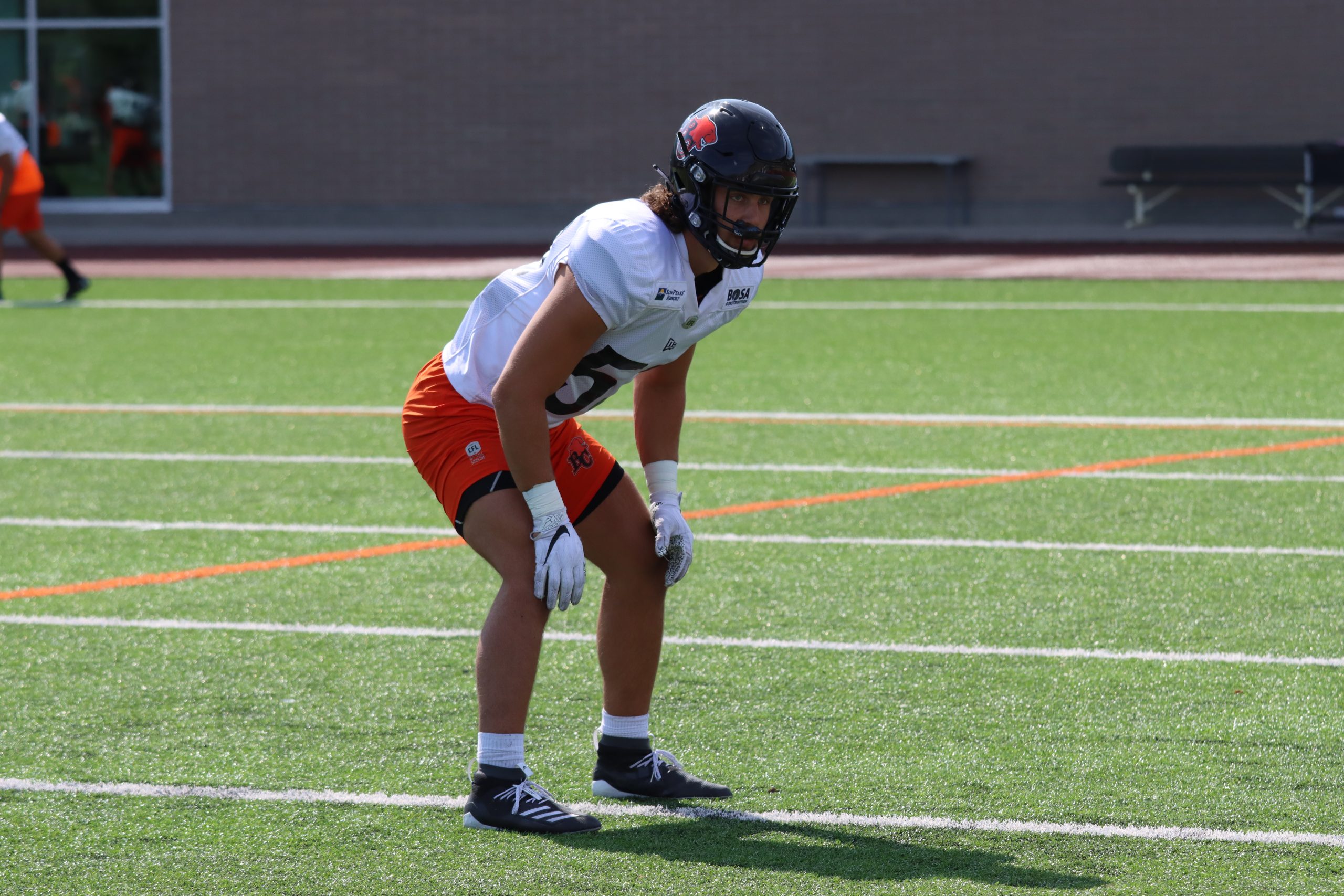 BC Lions sophomore linebacker Ben Hladik underwent a busy offseason. He’s currently staying on top of his training routine with fellow teammates, chipping away his psychology degree at UBC and taking part in the club’s community programs.

While the former Thunderbirds standout soaked in all the highs and lows from 2021, the learning phase was supported by playing alongside a solid group of Canadian linebackers like Bo Lokombo, Jordan Williams, and Adam Konar, who signed with the Edmonton Elks during this year’s free agency, and Isaiah Guzlak-Messam.

The 6’4’’ Vernon product has solved the majority of the question marks he had coming into the league as a rookie.Nnow he has a better understanding of the daily operations of professional football. He’s excited to tackle his second season with confidence.

Here we present 5 Things To Know about Ben Hladik.

Ben is one of 12 Lions involved with the Indigenous Youth Program that the club launched on March 29th with the Indigenous Sports, Physical Activity and Recreation Council (I·SPARC). The mission is to help youth develop leadership skills by teaching them flag football and working together in teams. Three Lions players are paired up with a team of youths where they’ll have three practices to learn about the fundamentals of football, working with teammates before they utilize the skills they’ve learned in a tournament on April 23rd.

Ben is teamed up with offensive lineman Andrew Peirson and quarterback Michael O’Connor. Their team is practising on Musqueam First Nation Fields by UBC, which Ben said, “It was really cool because Mike (O’Connor) and I went to school there. We had our first practice last week, it was fun to see the kids running through the drills, catching the ball and throwing. Lots of laughs and smiles.”

2. Ben will attend the Play With The Pros Clinic in Kelowna on April 14th, 15th

He and teammates Nathan Rourke, Bo Lokombo, Sukh Chungh and David Knevel will join players from the Okanagan Sun in the Canadian Junior Football League to host a two-day event that consists of a fan meet and greet and a non-contact skills clinic for kids from the age of six to 12. It’s the first time Ben is involved with community outreach as a pro. He remembered going to a similar type of jamboree hosted by the Lions when he was a kid, now it’s Ben’s turn to lead by example.

He and his wife, Kailyn, often go on hikes. And this offseason, they added a little fur companion, Millie, a golden retriever puppy.

“It’s been pretty fun. We’ve been going all around Vancouver, Maple Ridge, Whistler, and Mount Seymour. Our favourite trail is probably in Golden Ears, we’ve done it a couple of times now. We try to go to areas where it’s an off-leash area so the dog can just go run around,” he said.

“Been doing some golfing too. Not too much lately, but we’ve been going out to UBC a lot to play with my brother and a couple of guys from the UBC team that I used to play with.”

4. Ben’s a Psychology Major at UBC

Out of all the general courses Ben enrolled in at UBC during his freshman year, he found psychology the most interesting and exciting to pursue in a career. He still has one full year of school left, and with football season just around the corner, Ben says he’s chipping away his degree one class at a time online.

5. The Preparation For Year Two

Ben blew everyone away with his virtual testing numbers in 2021. Although he wished he had the opportunity to show off his strength and speed in a live combine, he made a few adjustments in preparation for his second season with the Lions. Coming out of university football, Ben said he played at around 240lbs. After experiencing his rookie season in the CFL, Ben has dropped a few pounds to be able to cover the field faster, while maintaining his strength. It’s something he took away from playing with teammates Bo Lokombo and Jordan Williams.

“I like learning from them. I’m just picking up every little detail from them and keep growing, getting better every day. I’m now under 230 lbs going into my second season, adapting more to the CFL game than university.”