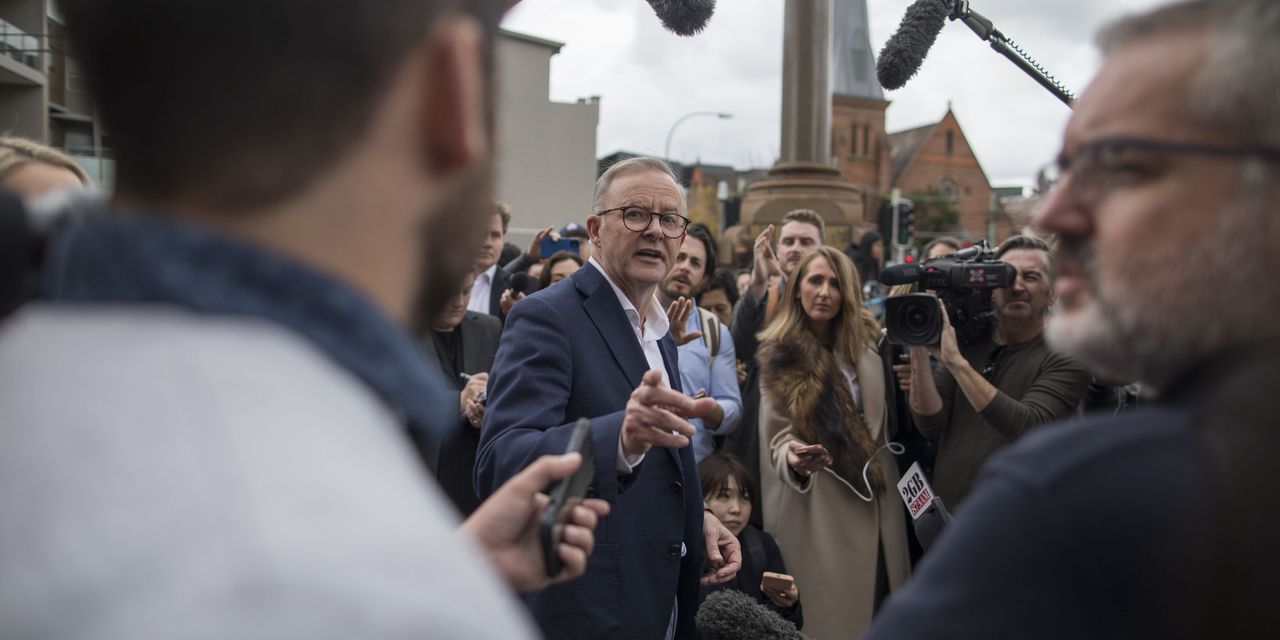 SYDNEY—Australia’s center-left opposition won a national election on Saturday after Prime Minister Scott Morrison conceded defeat, although the late counting of votes in some electorates will determine the exact makeup of the government.

Anthony Albanese, who leads the Labor Party, is poised to become prime minister and will be Australia’s first Labor leader since 2013, according to a tally from the Australian Broadcasting Corp. Labor won at least 72 seats in the 151-seat House of Representatives, where governments are formed, compared with at least 55 seats for the center-right coalition led by Mr. Morrison of the Liberal Party, the ABC said. Each side needs 76 seats to govern without allying with minor parties or independents.