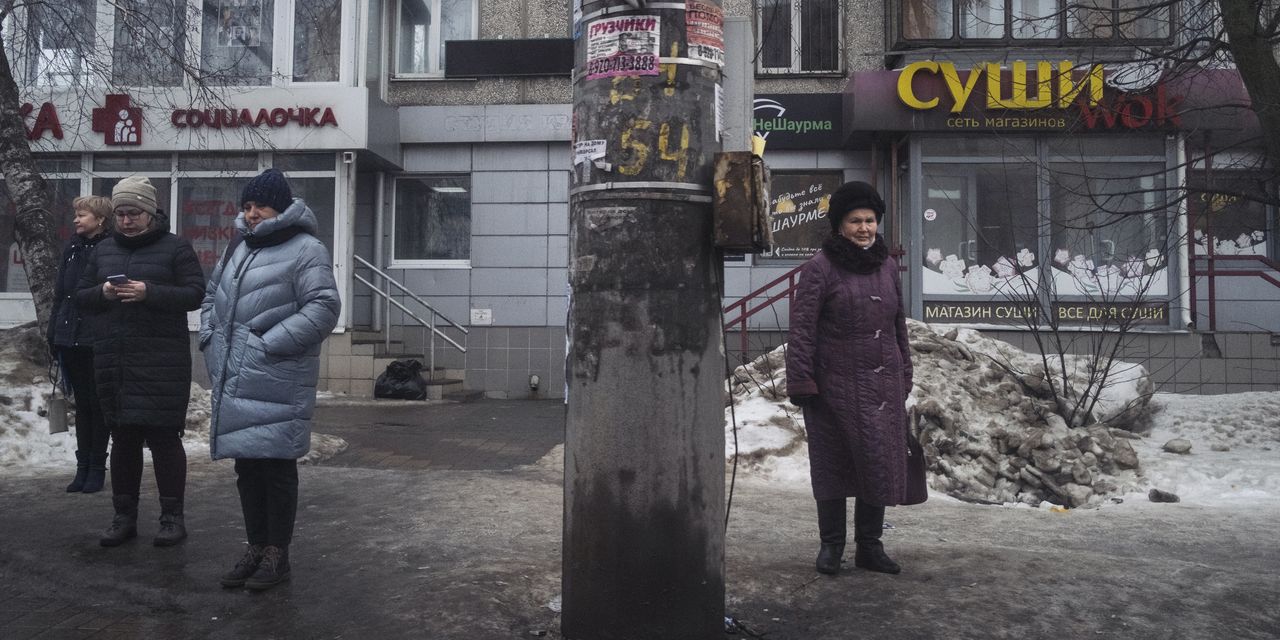 KURSK, Russia—In 2014, when fighting broke out in the Donbas region of eastern Ukraine, thousands of Russian-speaking residents fled just over the border to Kursk.

Today, the region of Kursk is the site of part of the massive buildup of Russian troops that Western officials fear could be a precursor to an invasion of Ukraine.

Some residents of Kursk, including those who volunteered to fight alongside pro-Russian separatists in the Donbas eight years ago, are ready to take up arms in case of war, eager to defend Russian speakers in eastern Ukraine against what the Kremlin says is the threat of persecution.

Anastasiya Babir, a 37-year-old resident who was injured in fighting in the Donbas in 2014 and 2015, says she would support the separatists again.

“I think the majority will go,” she said, adding that she “simply won’t be able to sit and do nothing.”

In 2014, Moscow fomented a rebellion by pro-Russian separatists, later giving military support for them to cut two areas of the Donbas from Kyiv’s control. Those areas—Donetsk and Luhansk—are largely unrecognized internationally, and Ukrainian and Russian-backed forces there still trade fire.

Now, Moscow says Ukrainian military activity near the Donbas is a threat to Russia. Western officials believe such a claim—denied by Kyiv—could provide the Kremlin with a pretext to invade. Russia denies that it intends to invade its smaller neighbor.

The message of Ukrainian hostility against a Russian minority reverberates in Kursk.

Sergei Prilepsky, 38, recalled how armed Ukrainian soldiers came to his home in a village near Donetsk where he cultivated strawberries and demanded he sign up to fight on behalf of the government in Kyiv. He refused. The soldiers started to loot the village, he said. Mr. Prilepsky then took up arms in support of the separatists.

“I decided that I would fight back,” said Mr. Prilepsky, who during the conflict lost several properties and his strawberry business, in which he had invested the equivalent of more than $1 million. He was injured twice, with a concussion putting him in a coma for 10 days. He later resettled in Kursk.

If it weren’t for lingering health issues, he said, he wouldn’t hesitate to rejoin the separatist cause.

“When a guest comes to your house and starts to be rude and threatening, this is an enemy,” Mr. Prilepsky said. “And enemies need to be either driven out or destroyed.”

The region of Kursk is among the swath of border territories to which the Kremlin has sent more than 100,000 military personnel. Last month, 3,000 troops and 300 units of military equipment, including tanks and infantry fighting vehicles, began combat training with live fire across three western Russian regions bordering Ukraine.

Russia’s Defense Ministry said the exercises were purely for training purposes, including responding to acts of sabotage.

The streets of Kursk are still quiet, with only the occasional passage of a convoy of armed personnel vehicles.

This western city sits 70 miles from Ukraine, in a region renowned for one of the biggest and bloodiest tank battles of World War II. Some 3,000 residents were shot and 10,000 starved to death when Kursk fell under Nazi occupation in 1941. By the time it was liberated more than a year later, it all but lay in ruins.

“War is scary for us,” said Alexei Chubarov, a historian at the Kursk Regional Museum of Local History. “For us, fighting is not only what we have seen in films or read. The hostilities affected every family.”

Reminders of Soviet and Russian military victories are everywhere. A statue of Georgy Zhukov, a venerated Soviet general and marshal, stands in front of a triumphal arch that is part of a complex commemorating the victory over Nazi forces in a 1943 tank battle that left almost 255,000 Soviet soldiers dead or missing and close to 610,000 injured, according to Russia’s Defense Ministry.

Unexploded ordnance still litters some parts of the region. In 2018, a boy was killed and two other children injured near Kursk after they found an unexploded shell.

“The echoes of the war are still here,” Mr. Chubarov said.

The prospect of another full-blown war in eastern Ukraine is unthinkable to Tatyana Varakina. She was among the hundreds of thousands of refugees who fled eastern Ukraine into Russia following the conflict there. She couldn’t bear to stay after her eldest son, then 10, started to wake up at night screaming in fear.

“They were shooting, bombing, and the windows were shaking,” Ms. Varakina, 37, recalled. “He kept telling me, ‘Mom, I don’t want to die, let’s leave.’”

Days after they left, their apartment building was bombed. Ms. Varakina arrived in Kursk with her husband and two children after more than two weeks of living rough along the way. They had little more than the clothes on their backs, she said.

Her mother still lives in Donetsk, reluctant to abandon the graves of her husband and father, but is anxious about the prospect of an even greater war.

Still, locals in Kursk say they are ready to support those seeking autonomy of the Donbas region. Alexander Borodai, a former leader of the self-proclaimed Donetsk People’s Republic who is now a member of Russia’s State Duma and chairman of the board of the pro-independence Union of Donbas Volunteers, has called on volunteers to begin mobilizing in order to “if necessary…act in the Donbas and protect Russian interests.”

In 2014, Ms. Babir, who spent her childhood summers with her grandparents in the Luhansk region, quit her job as director of a shopping mall to support the separatists in the Donbas. She didn’t understand why the government in Kyiv was trying to force the majority Russian-speaking region to remain part of Ukraine if residents there wanted otherwise, she said.

“My soul also ached for these people,” Ms. Babir said. “So, it was close to me. I really wanted to help.”

She volunteered to fight, but she was handed a camera and asked to document the events of the war. She was injured in the fighting and twice hospitalized with concussion that caused memory loss and severe post-traumatic stress.

“I saw people dying right next to me,” said Ms. Babir, who today heads the Kursk chapter of the Union of Donbas Volunteers.

Ms. Babir said that while no one wants war, she and other supporters of Russian speakers in the Donbas are ready to act if needed.