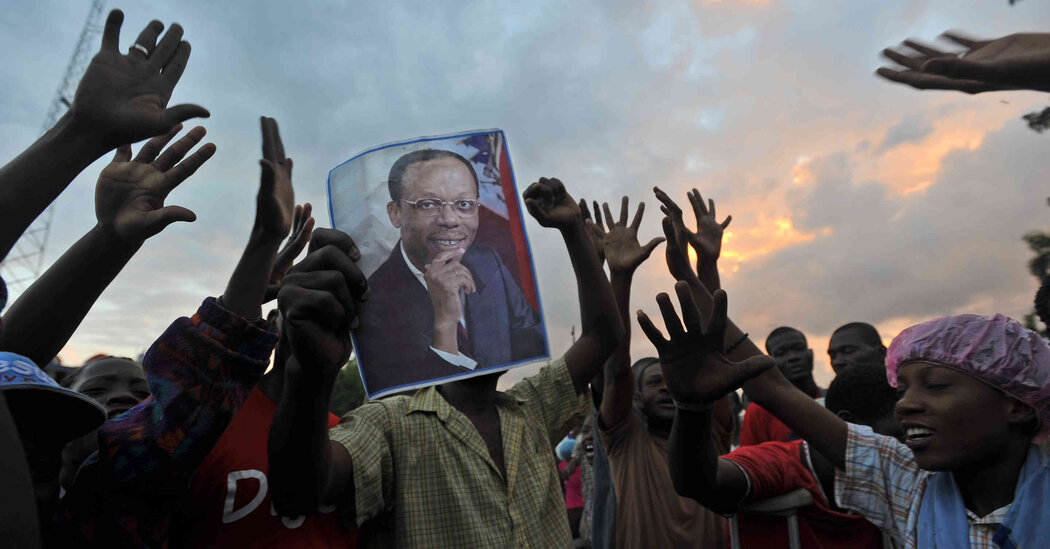 Haiti’s payments to its former slave masters added up for generations, costing its economy billions of dollars over time, The Times analysis found, and a little-known public bank called the Caisse des Dépôts et Consignations collected the vast majority of the money.

But after Haiti’s disastrous earthquake in 2010, Didier Le Bret, the French ambassador, said the bank reached out to him to help and, at least partly, make amends: It donated about $400,000.

A spokesman for the bank said the donation was simply part of its policy to help countries afflicted by humanitarian disaster. But Augustin de Romanet, the bank’s director at the time of the donation, told The Times that “there were probably some useful things to do toward Haiti, in view of what had happened in the past.”

The bank’s discreet gesture, however small, spoke to a broader phenomenon: Mr. Aristide has been out of power since 2004, but his fight has forced a slow, often painful, reckoning in France.

In recent years, famous intellectuals have spoken out in favor of restitution, and academics have increasingly explored the economic and legal aspects of reparations. Last year, France’s national public research organization published a database listing compensation paid to French slaveholders, including the ones from Haiti.

Myriam Cottias, who oversaw the database, was a member of the French commission that dismissed Mr. Aristide’s calls for restitution two decades ago. But she said that her views had changed, and that reparations should be discussed.

“The debate, yes, it must be raised,” she said.

The French authorities have, at times, shown some willingness to address this past as well. In mid-December, France’s finance ministry hosted, for the first time, an international symposium on the economics of slavery, with conferences focusing specifically on the history of Haiti’s payments to France.

But the public discussion has involved some rhetorical tightrope walking.

In his 2015 speech, Mr. Hollande, France’s president, acknowledged that Haiti’s payments to its former slave masters were sometimes called “the ransom of independence.”

The crowd before him, which included African heads of state and the Haitian president, instantly stood up in applause.

“People cried,” recalled Michaëlle Jean, the former secretary-general of the International Organization of la Francophonie, who attended the speech. “It was immense.”

A few hours later, Mr. Hollande’s aides issued a major caveat: Mr. Hollande was speaking only of a “moral debt” France owed to Haiti, not a financial one. The French government maintains the same position today. (Mr. Hollande declined to comment for this article.)

France’s delicate stance toward Haiti reflects a lingering uncertainty, at times a malaise, over the way to address the country’s colonial and slave-owning past. In 2016, France’s parliament symbolically repealed the 1825 ordinance that required the Haitian payments to former slaveholders — but stopped short of considering any financial restitution.

“One cannot, objectively, present the slightest argument that claims we owe nothing to Haiti,” Christiane Taubira, a justice minister in Mr. Hollande’s government, said in an interview.

Looking back, Mr. Aristide said that his restitution campaign had at least led to French acknowledgments of its past.

“If I hadn’t asked the question in 2003, probably in 2015 François Hollande wouldn’t have admitted to the debt,” he said.