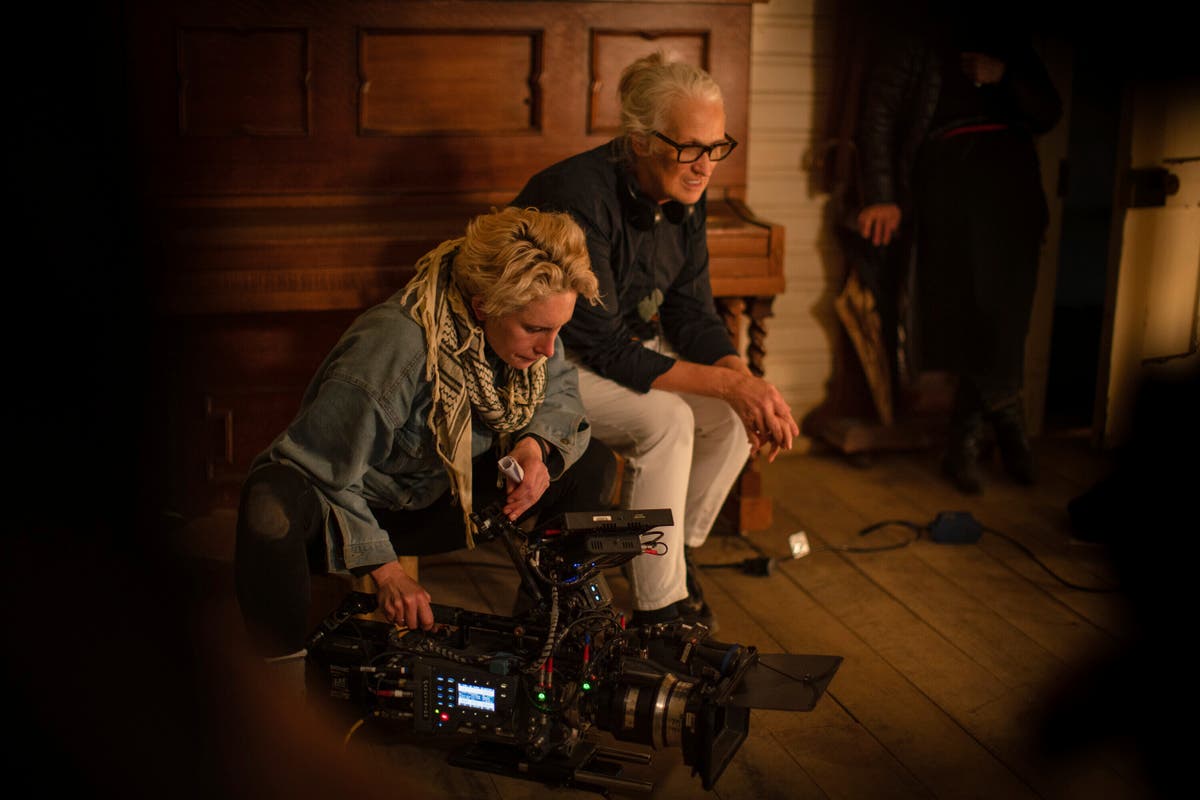 Next week, Ari Wegner could make Oscar history. The 37-year-old Australian has a very good shot at being the first woman to win an Academy Award for best cinematography for helping create the indelible images of “The Power of the Dog” alongside director Jane Campion.

Together, Campion and Wegner battled the extreme conditions of the New Zealand landscape to transport audiences to a desolate ranch in 1920s Montana and create an unforgettable piece about human fragility. Some of the images, like a shot of two actors silhouetted through a barn door, are the kinds that aspiring filmmakers are already studying.

And they might have never met were it not for an Australian bank commercial. Campion, an Oscar-winning auteur, had never done a commercial before, but she said yes to that one and hit it off with the young cinematographer. Yet it was still an adrenaline rush for Wegner to get a call from Campion a few years about a potential project to adapt Thomas Savage’s 1967 book. She went out that day, bought it and read it.

Wegner was already making a name for herself with work on films like “Lady Macbeth” and “Zola.” But the visual languages of the films were distinct and impactful, they did have one thing in common: They were all lower budget, independent fare.

“The Power of the Dog” was in a different league and not just because of Campion’s involvement. Here they would have the backing of Netflix. The streaming company gave Campion a budget that she’d never had the chance to work with before. “It was like working with the Medicis,” Campion said.

Wenger and Campion got a year of prep to drive around New Zealand, scout locations, learn about the landscape and discuss every aspect of the film, from small technical details to the themes and values they wanted to communicate.

“I had read about other filmmakers having these dream pre-productions. I thought, well, that’s something that happens to other people,” Wegner said. “But I had an instinct that with more time that there was another level of filmmaking out there. And that was definitely the case.”

They got to know the conditions on New Zealand’s South Island so that when it came time to shoot they knew what they’d be working with. But there were still challenges of shooting in the valley, which is one of the windiest places on the island.

“I can only relate it to skiing on a sunny day when the sun’s coming down and it’s also bouncing up at you. The air is even intense,” Wegner said. “It is a really hard environment to think creatively in because a lot of the time you are just trying to keep your eyes open.”

Every morning, they’d prep inside over tea and toast before heading out to brave the elements because, “It’s hard to come up with a plan from scratch when your body is under assault.”

And yet, the part of the shoot that Wegner was most anxious about was the interiors. She worried about creating an authentic environment in a big, sterile warehouse in Aukland worthy of a Campion film.

“In the end, it turned into one of the greatest joys of starting with a completely blank slate and being able to control absolutely everything,” Wegner said. “It was a real playground.”

Shooting the exteriors first was a blessing, too. She was more aware of when something felt off, like when the air was too still or clear or the light not wild enough to match the conditions in the valley, and they could adjust appropriately.

Wegner was always open to inspiration in the moment, too, like when the clouds would part perfectly and the mountains looked great. She was conscious of being attuned to “the possibility of some really beautiful iconic frames.”

Campion invited her collaborators to seize on unplanned opportunities, one of which happened to be the shot in the barn, which they captured after they’d shot the scene. Wegner said Campion created a “spell of calm” on the set that allowed for improvisations.

“When you’re with her, the seconds on the clock kind of tick slower,” Wegner said.

And while it’s always the shots that get the most attention, the most ineffable part of a cinematographer’s job is their relationship with actors. Wegner laughed that if she had another lifetime she’d write a thesis about the intimate, voyeuristic, one-sided relationship where you both have to be invested in the emotions of the scene while also being invisible, even while sometimes literally touching the actor as would happen with Benedict Cumberbatch in some of the handheld shots. For her, the experience is like going into a meditative state.

“You’re both really present and all your senses are attuned and you’re also somewhere else,” she said. “During a take I would never feel temperature or pain or hunger and I’d get home at the end of the day and wonder, ‘Where did that bruise come from? I don’t remember smashing my shin on something.’”

It’s been a surreal ride for Wenger since Oscar nominations were announced last month, and she is not taking the honor for granted. The statistics, she knows, are grim for female cinematographers in Hollywood. In a survey of the top 250 films of 2021, only 6% had female cinematographers — a number that hasn’t budged since 1998. And only two have ever been nominated for an Oscar in the 94 years of the awards. The first was Rachel Morrison, in 2018, for “Mudbound.”

And yet, she does see a glimmer of hope in that second statistic. After 90 years of nothing, two women have been nominated in the past five years. Change, she believes, is possible if people give women the opportunity to shoot big, high-profile movies.

Campion, who has worked with some of the great cinematographers over the years, from Dion Beebe to Greig Fraser (who is nominated for “Dune”) said she “wanted to work with a female DP” on “The Power of the Dog.” And part of that decision meant taking a chance on someone. Morrison was also hired by a woman, director Dee Rees.

“I think about how much we’ve missed out on. All that talent that could have been there that we never got to see in the past 100 years, not because the talent wasn’t there, but the gate wasn’t ever open. It’s the film industry’s loss,” Wegner said. “Now I think it’s time we can do some catch up.”