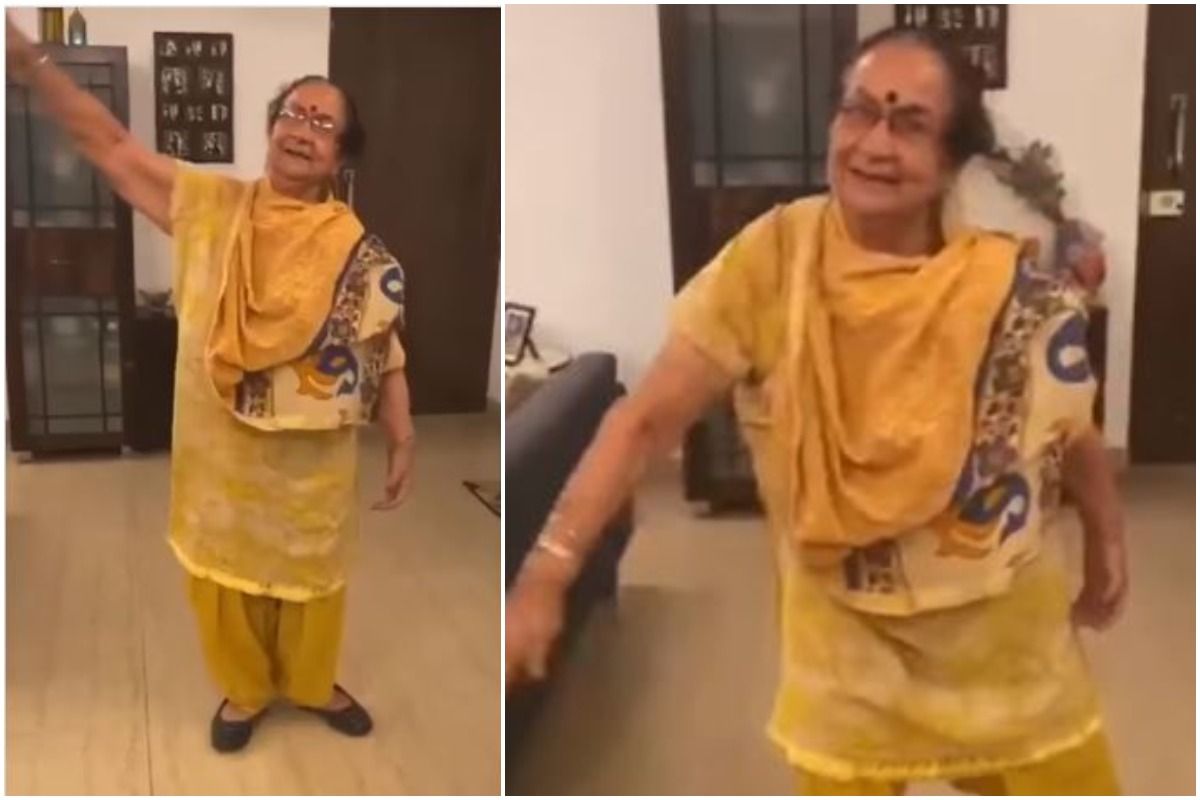 Pushpa fever is not over yet! Allu Arjun’s fans are still high on the dance numbers and just cannot get enough of Srivalli reels and videos. The latest celeb to take the challenge is Anupam Kher’s mother Dulari, who is 83-years-old. She danced to Allu Arjun’s most popular song Srivalli. A video of her was posted on the actor’s Instagram handle with a caption, “This is EPIC! Thank you @vrindakher for shooting this video of Mom! #DulariRocks #Pushpa.” Vrinda is the daughter of Anupam’s brother Raju Kher. She had shared on her Instagram handle: “My Daadi is the coolest. Here is #dularirocks version of the famous song #srivalli from the film #pushpa @rajukherofficial @anupampkher @alluarjunonline”.Also Read – Viral Video: Faridabad Man Seen Exercising by Hanging From 12th Floor Balcony, Horrifies The Internet | Watch

Anupam Kher’s mother could be seen wearing a yellow, printed salwar-suit in the video while she tried the hook step of the song as the Hindi version of the track played on. “Hahahhahah. This was the cutest. I was doing this step with pap at home and she saw I was teaching him and she also started doing this. HAD to shoot it”, Vrinda commented on Anupam’s post. Also Read – Viral Video: Man Has a Brush With Death as Speeding Rajdhani Train Crushes His Bike In Mumbai| WATCH

Anupam Kher never misses a chance to share videos of his mother. She has a separate fan following on social media. Several users commented ‘Dulari Rocks’ on his post.