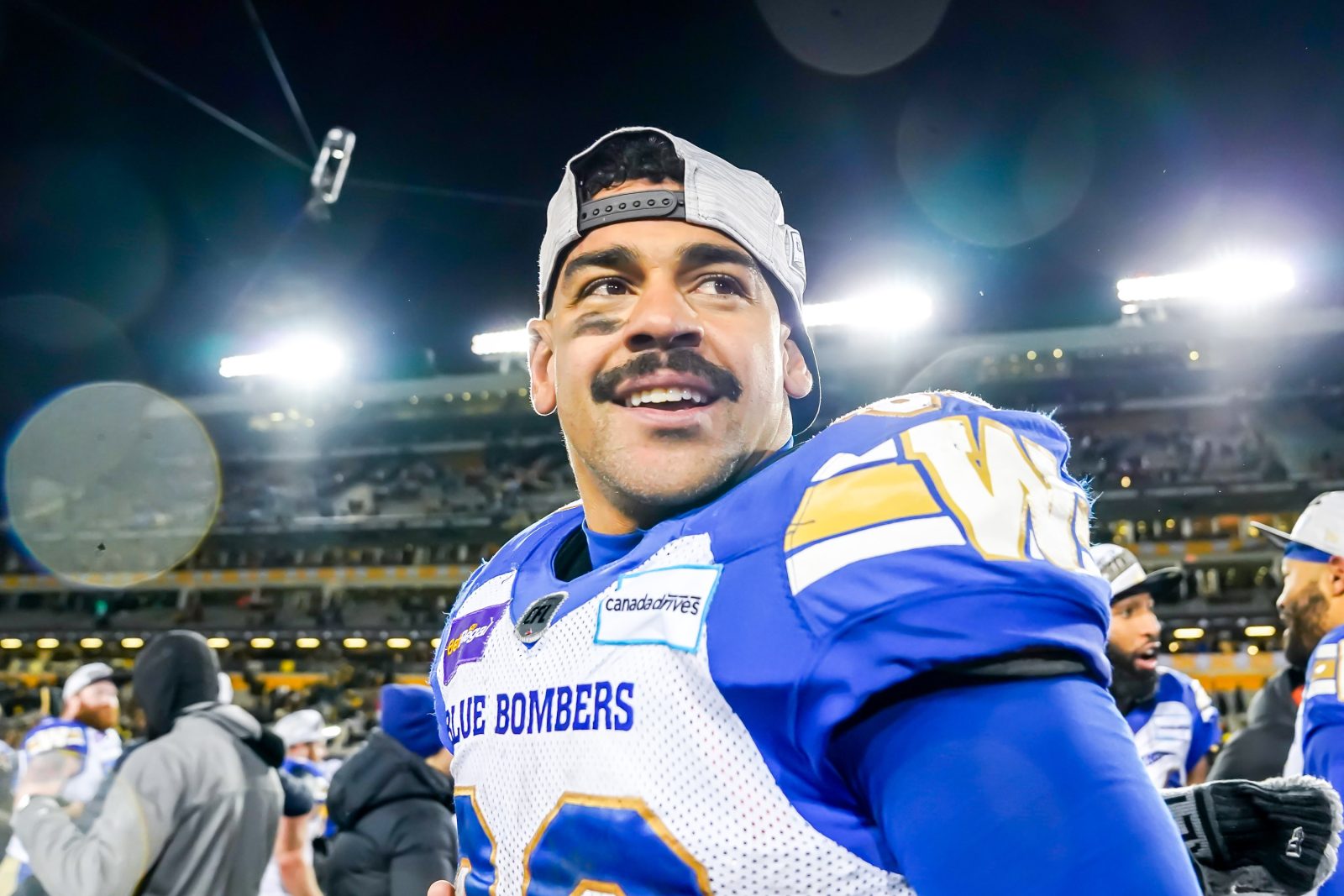 Let the record show that in the last moments of Andrew Harris’ final game as a member of his hometown Winnipeg Blue Bombers, he was authoring the exact same storyline he had written so many, many times before.

Yes, there was the 34-year-old running back grinding, spinning and fighting for every centimetre of turf in four consecutive carries to start overtime in the 108th Grey Cup victory over the Hamilton Tiger-Cats last December. Two plays later Zach Collaros found Darvin Adams for what would be the game-winning touchdown, capped by a two-point conversion pass to Rasheed Bailey.

Still, it was Harris, while working behind the offensive line he knew so well, that set the tone in extra time. He was relentless and his will to win was felt by everyone in the Blue Bombers huddle. All of that is why his divorce from the football club on Tuesday on the opening day of Canadian Football League free agency certainly stings right now.

And, yes, it’s a shame it ends in this manner with one of the greats in the long and storied history of the franchise leaving the blue and gold for the double blue of the Toronto Argonauts.

Let’s also all circle July 4th on our calendars, because that will be the lone meeting between the two teams this year – in Toronto, not Winnipeg, unfortunately – in a matchup that might even manage to move the needle a smidge in the CFL’s largest market.

Still, the Harris Story, even as compelling as it is, will never resonate in any city as much as it did right here in Winnipeg. A product of the Eastman Raiders, Grant Park Pirates and Oak Park Raiders, he went from playing with the Vancouver Island Raiders to the B.C. Lions – in 2009 practising first with the Leos and then hopping a float plane in Nanaimo to join his junior team – all the way to CFL stardom.

Think about all this for a moment: no Canadian in this league’s history has rushed for more yards than an undrafted kid out of junior football; a kid who had already been identified by Western Hockey League scouts before being spotted by a football coach while messing around on a field during a school barbecue.

His homecoming in 2016 was a critical piece in the Blue Bombers turnaround and he delivered on his promise – first uttered at his introductory press conference – of ‘representing this city well and doing something for this city as part of being a Winnipegger.’

During his days in Blue Bombers colours Harris rushed for 5,402 yards, rocketing up the club’s all-time yardage list to a spot behind only five other running backs – all icons – in Charles Roberts, Leo Lewis, Willard Reaves, Jim Washington and Gerry Games.

Those totals also helped him move into sixth spot on the CFL’s all-time rushing list with 9,661 yards, and he’s now just 625 yards shy of passing Roberts for fifth place among a group of legends that includes Mike Pringle, George Reed, Damon Allen and Johnny Bright.

Those are the numbers that already have earned Harris spots in both the Winnipeg Football Club and Canadian Football Halls of Fame. Yet, it’s the moments that make up those statistics most of us will remember best.

He rushed for 80 yards in his Blue Bombers debut and cranked out his first 100-yard game and scored his first touchdown in his sixth game of 2016 – that dramatic win in Edmonton in late July that summer that so many point to as the franchise turning point.

The club was 49-25 in games in which Harris started over five years in Winnipeg, went to the playoffs all five seasons, appeared in three consecutive Western Finals and captured two straight Grey Cups.

And while those last few carries as a Blue Bomber last December exemplified his will, it was his work in the 2019 Grey Cup that made him legendary. In a season in which the proverbial chip on his shoulder grew tenfold, his trademark relentlessness was honed that much further in the playoff run that November.

He was the Grey Cup MVP and Most Outstanding Canadian that Sunday in Calgary as the Blue Bombers ended a 28-year championship drought. And here was a Winnipegger shining in the CFL’s grandest showcase, then standing centre stage to accept both individual awards with a look of unbridled joy and screw-the-haters defiance etched on his face.

That’s the Andrew Harris we’ll always remember, even as he slips on another jersey going forward: The hometown face of a franchise. A conquering hero.

Respectfully, we salute you.