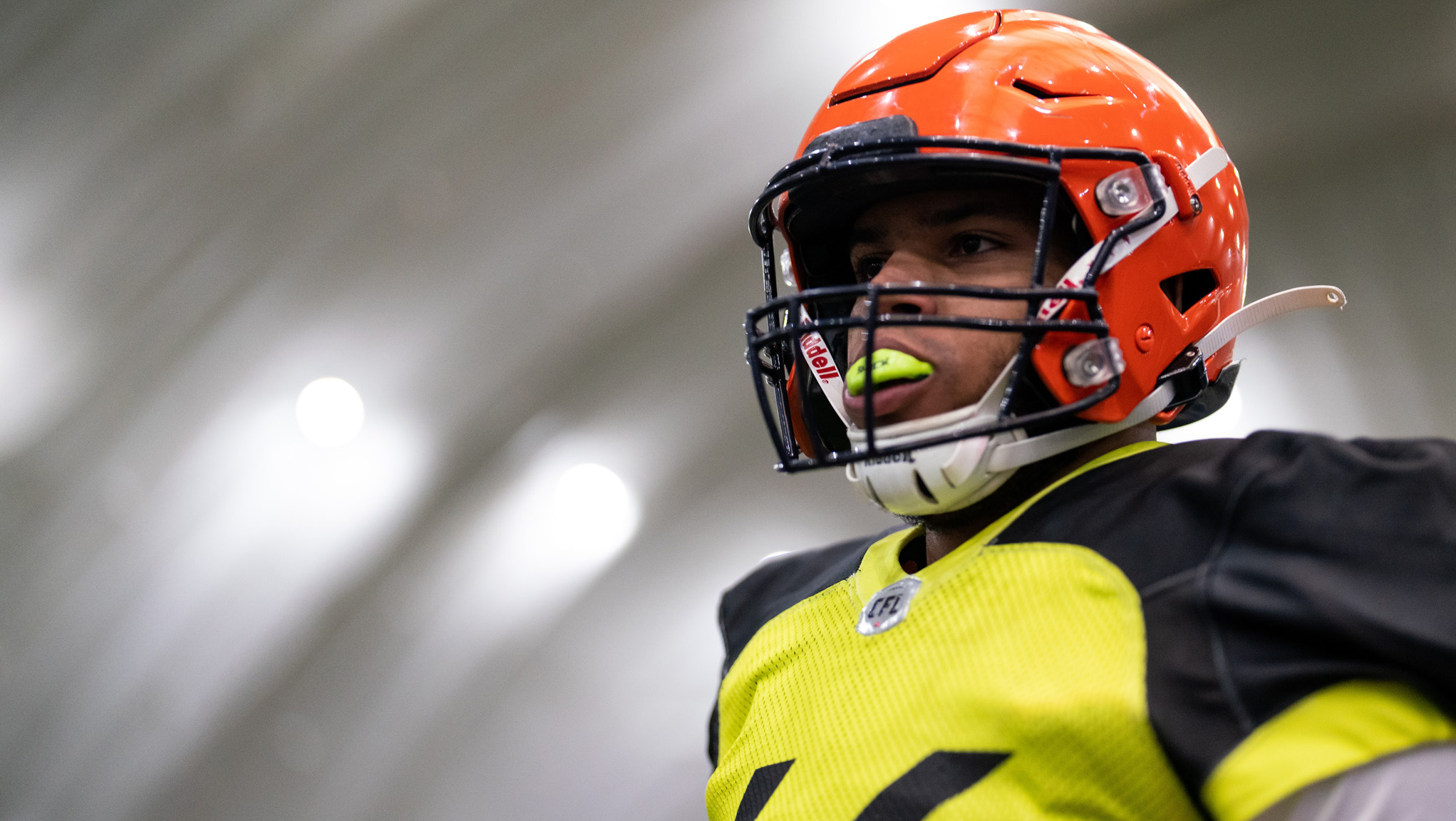 MONTREAL — The Montreal Alouettes announced on Friday that the club has signed eight of their picks in the 2022 CFL Draft. Linebackers Tyrell Richards, Yanis Chihat and Zach Lindley, offensive linemen Rodeem Brown and Peter Kozushka, receivers Vincent Forbes-Mombleau and Tyson Philpot and defensive back Tysen-Otis Copeland are now all under contract.

Richards (six-foot-four, 218 pounds) played three seasons for the Syracuse University Orange, where he amassed 54 tackles, 9.5 tackles for losses and six sacks, on top of one interception, three knock downs, one forced fumble and one fumble recovery. The 23-year-old Brampton, ON native played as a linebacker and defensive end, and excelled on special teams, as he was named the Orange’s 2019 Special Teams Player of the year.

RELATED
» Alouettes looking to keep up the excitement
» Ferguson: Defence could be the key to the Als taking the next step
» Orange Crush: Als take Syracuse LB Tyrell Richards 1st overall

Philpot (six-foot-one, 195 pounds) caught 41 passes for 746 yards and nine majors last season with the University of Calgary Dinos. In 2019, the 21-year-old helped the Dinos win the Vanier Cup, amassing 52 yards on four catches in the 27-13 win over the Université de Montréal Carabins.

Forbes-Montbleau (five-foot-10, 195 pounds) was voted the RSEQ rookie of the year in 2018 with the Université Laval Rouge et Or. Last season, the 23-year-old caught 30 passes for 383 yards and one touchdown, good for fifth place in Quebec.

Copeland (six-foot-one, 203 pounds) registered 13 tackles and one interception, on top of forcing a fumble and knocking down two passes in only four games with the Université de Montréal Carabins in 2021.

Kozushka (six-foot-seven, 300 pounds), who grew up in Canora, Sask., played collegiately for the University of Alberta Golden Bears. He will join teammate Rodeem Brown at the Alouettes camp.