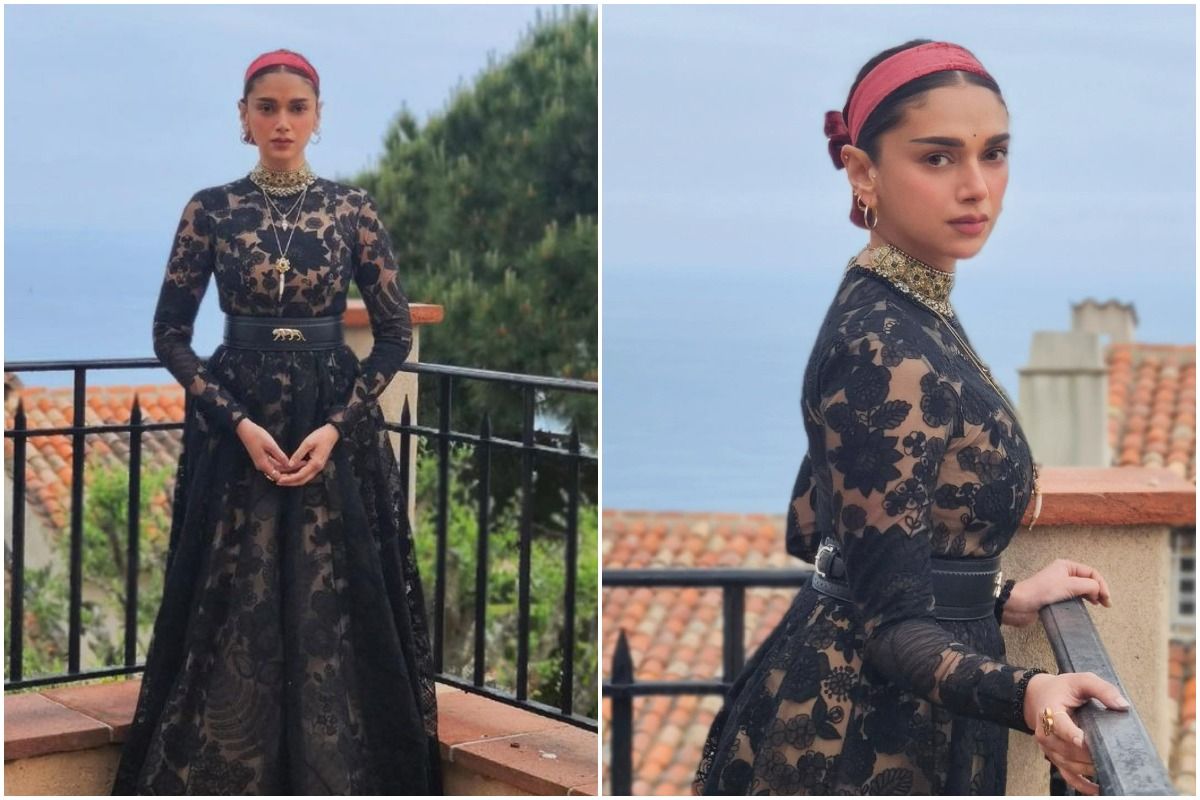 Aditi Rao Hydari at Cannes Film Festival 2022: Aditi Rao Hydari a continued to serve up elegance after making a dazzling red carpet debut at Cannes 2022. A day after the diva was snapped in pink gown, she yet again impressed everyone with her fashion statement at the prestigious film festival, but this time in Sabyasachi ensemble.Also Read – Pooja Hegde Looks Bombshell in Beige Embellished Cape Jacket-Pants at Cannes 2022, See Drool Worthy Pics

Aditi Rao Hydari was seen wearing a black see-through gown along with golden jewelry and Sabyasachi’s hallmark belt. She styled her hair tied in a messy bun and draped it with a pink scarf. To give an Indian vibe, the actor went with a small black bindi, golden hoop earrings, and a choker that matched her outfit beautifully. Also Read – Cannes 2022: Aditi Rao Hydari Spreads Magic in Thigh-High Slit Gown, Makes Colorful Debut at The Red Carpet, See Dazzling Pics

Aditi shared a series of pictures on Instagram and captioned it “With my heart set in India my dreams take flight across the world✨🖤”. Fans quickly flooded Aditi Rao Hydari’s post with fire and heart emojis. Fans also wished her good luck for the Cannes film festival. A fan wrote” Stunner, All the very best for Cannes”. Aditi Rao Hydari is wearing a Sabyasachi ensemble for the second time at Cannes. She previously appeared in an ivory organza saree by the renowned designer. Also Read – Cannes 2022 Controversy: Woman Goes Topless to Protest Against Sexual Violence in Ukraine

On Workfront, Aditi Rao Hydari is currently enjoying the success of her most recent film, Hey Sinamika. It has garnered positive reviews and is performing well in theatres. In addition to this, the actor will make her web series debut this year with amazon prime video. Aditi has previously appeared in three Netflix original films, including The Girl on the Train, Ajeeb Daastaans, and Sardar ka Grandson.

What do you think of Aditi Rao Hydari’s new Sabyasachi ensemble? Let us know in the comment below.