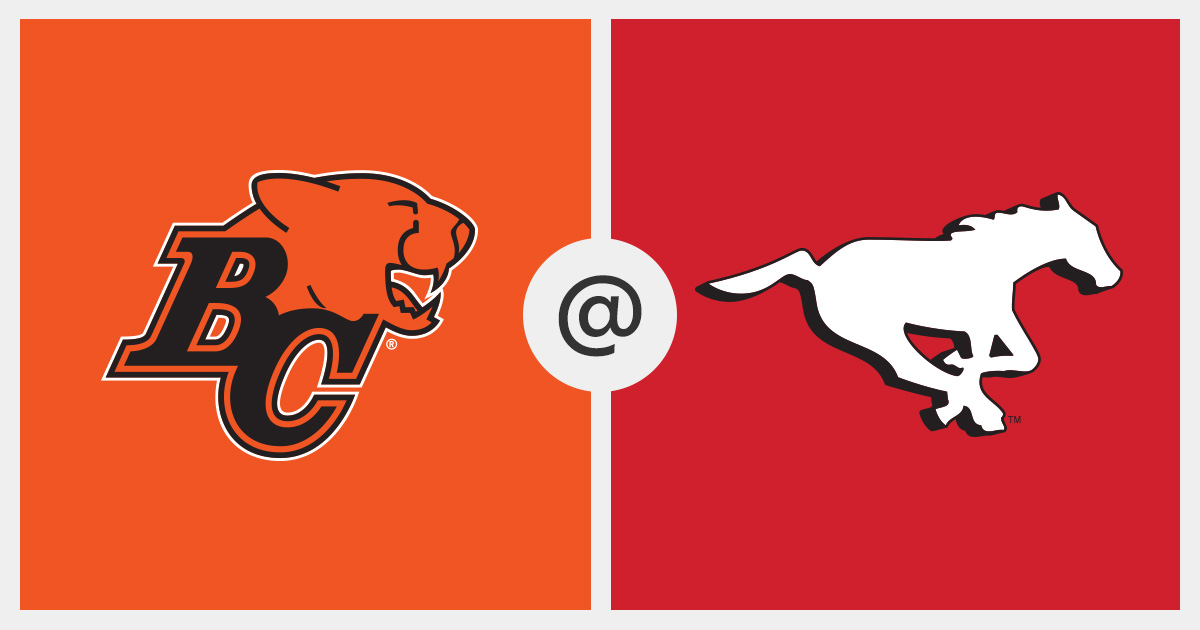 CALGARY — Making his first career start as a member of the BC Lions, quarterback Vernon Adams Jr. helped lead his team to a thrilling 31-29 overtime victory over the Calgary Stampeders for their first win since Week 11.

In the win over Calgary, Adams played a methodical brand of football, doing seemingly everything that was asked of him within the scheming of the BC offence. The BC pivot looked comfortable under centre, using the explosive ability of his legs to create space and extend plays when necessary.

Adams completed 78.1 per cent of his 32 passing attempts, throwing for 294 yards, while also adding 32 rushing yards on three carries in the contest.

It was the BC rushing attack that helped to create offensive production when the team needed it most. Running back James Butler carried the ball 13 times for 83 yards and two touchdowns, including the game winning touchdown on an 18-yard run in overtime.

Backup quarterback Antonio Pipkin also made an impact on the ground scoring a goal line touchdown, and converting the two-point conversion to help seal the Week 15 victory for his team.

Despite being held out of the end zone through the air, the pairing of Bryan Burnham and Dominique Rhymes were instrumental in helping their team over the Stamps. Burnham led the team with 100 receiving yards on seven receptions, while Rhymes caught all five of his targets for 91 yards on Saturday.

RELATED
» Box Score: Lions, Stamps by the numbers
» Through the Lens: BC at Calgary
» Watch: Maier connects with Henry for 77-yard score

The Lions would be the first team to strike in the game’s opening quarter. Making short-work of their first offensive drive it took BC just five plays to find the end zone.

While the spotlight was on Adams to open the game, it was Butler who stole the attention early on. The Lions running back found the end zone with a hard 10-yard touchdown run, giving his team an early 7-0 lead.

While they wouldn’t be able to work their way into the end zone, the Stamps would still manage a response to the BC score. Calgary called upon veteran kicker Rene Paredes for his first attempt of the game, Paredes split the uprights with ease on a 38-yard field goal try.

Nearing the end of the first quarter, Adams engineered a 10-play scoring drive for the Lions that was highlighted by a 10-yard scramble from the BC pivot. A jaw-dropping play which saw Adams hurdle a Calgary defender for extra yardage. The Stampeders defence would manage to hold BC out of the end zone, but the Lions would still score points.

Lions kicker Sean Whyte trotted onto the field to line up his first field goal attempt of the game. The Veteran kicker had no trouble converting the 38-yard attempt helping to push his team’s lead back up to one score to end the first quarter of play.

The Stamps offence didn’t take long to find their stride in the second quarter of action. With their first play of the new quarter, Maier dropped back and heaved a pass deep down field that fell into the hands of Malik Henry for a 77-yard score, helping the Stamps even the game.

With under 30-second remaining in the first half, Calgary would manage to break the tie and assume the lead. Maier completed three consecutive passes to give the Paredes an opportunity to kick a field goal before the end of the half. The Stamps’ kicker delivered on 37-yard attempt, giving his team a 13-10 lead after two quarters of play.

BC would strike first to open the scoring in the game’s second half. Adams completed his first two passes of the drive, before breaking free for a 15-yard scramble.

However, a fumbled snap that led to a sack from Calgary’s Isaac Adeyemi-Berglund forced the Lions to settle for a field goal. Whyte connected on a 30-yard field goal attempt for his second make of the game, helping to even the score at 13-13.

As a defensive battle consumed much of the third quarter, but the Lions would be the team to break the scoring back open.

Adams led a nine-play scoring drive with time winding down in the third quarter. The BC pivot completed two deep passes to push the ball downfield, before firing a pass towards Burnham in the end zone. A pass interference penalty was called on the play, giving the Lions the ball on the goal line.

It took all three downs, but on third and goal, Antonio Pipkin refused to be held out of the end zone. The quarterback plunged forward for the short-yardage score, helping his team take a 20-13 lead at the end of the third quarter.

After being held scoreless through the third quarter of action, the Stampeders offence managed to find their first set of points in the game’s second half.

Maier engineered an eight-play scoring drive which saw the Calgary pivot complete four consecutive passes to put his team inside of the BC 10-yard line. An incompletion in the end zone intended for Henry forced the Stamps to settle for a field goal, Paredes effortlessly converted a 13-yard attempt, narrowing the BC lead to four points.

With just over eight minutes remaining in the game, Adams and the BC offence went back to work. Adams completed three passes for 58-yards to help his team work their way into scoring range. Facing a second and goal, from the Calgary seven-yard line, the Stamps defence forced and incompletion to halt the BC drive.

The Lions were called upon Whyte to attempt his third kick of the game. The BC kicker made light-work of the 14-yard attempts as he pushed his team to a 23-16 lead.

With time winding down on the final quarter of action, Maier looked determined to help his team find the end zone. The Calgary signal-caller completed six of his seven passes as he constructed an eight-play, 70-yard scoring drive.

Standing on the BC eight-yard line, Maier found a wide open Luther Hakunavanhu in the back of the end zone for the touchdown, helping to tie the game with just over two minutes to play.

Calgary’s defence was seemingly sparked by the late score from their offence, defensive lineman Mike Rose worked his way into the BC backfield to bring down Adams for a sack, helping to force a much needed two and out from the Lions offence.

Starting their drive from the BC 51-yard line, Maier was looking downfield for another big-play from Hakunavanhu, but the pass fell incomplete. However, illegal contact was called on the BC defender, helping move the ball downfield.

With 40-seconds remaining in the game, Calgary called on Paredes to attempt a a 48-yard field goal for the potential win. Paredes, who had been perfect so far on the evening, missed the kick wide left and sent the game to overtime.

After Calgary won the coin toss and elected to defend first, the Lions were forced to start with their offence on the field and they made the Stamps pay for the decision.

On the second play of the extra frame, Butler found a crease and broke loose for an 18-yard touchdown run and his second score in the game.

Forced to attempt the two-point convert attempt, Adams was looking toward the back of the end zone for Rhymes, but the pass was broken up as the ball fell harmlessly to the turf. However, at the start of the play Stamps defensive lineman Shawn Lemon was called offside, giving the Lions another opportunity at the two-point play.

The Lions wouldn’t waste the second chance opportunity, Pipkin was called upon once again to convert a short-yardage chance. The BC pivot took the snap, darted to his right and found a crease and he surged forward for the score, giving BC a 31-23 lead.

With their offence on the field following the score from the Leos, Maier and the Stampeders faced a pivotal  third down and two with the game on the line. Maier delivered a strike receiver Richie Sindani for his first catch of the game, giving the Stamps offence a fresh set of downs.

On the ensuing play, Maier dropped back to pass and found Jalen Philpot in the end zone for the touchdown, giving the Stampeders and opportunity to force another frame of overtime.

Needing a score on the two-point conversion attempt, the Stamps once again looked to put the ball in the air, but the Lions defence was ready as they brought heavy pressure on Maier. The Calgary quarterback was forced to make a quick decision as he forced a pass that fell incomplete in the direction of Reggie Begelton.

Calgary opted to challenge the play for pass interference, and after some deliberation from the officials the play was ruled incomplete, sealing the victory for the Lions.

Looking ahead to Week 16, the pair of West Division rivals will faceoff in a rematch as the Lions are set to host the Stamps from BC Place in Vancouver.