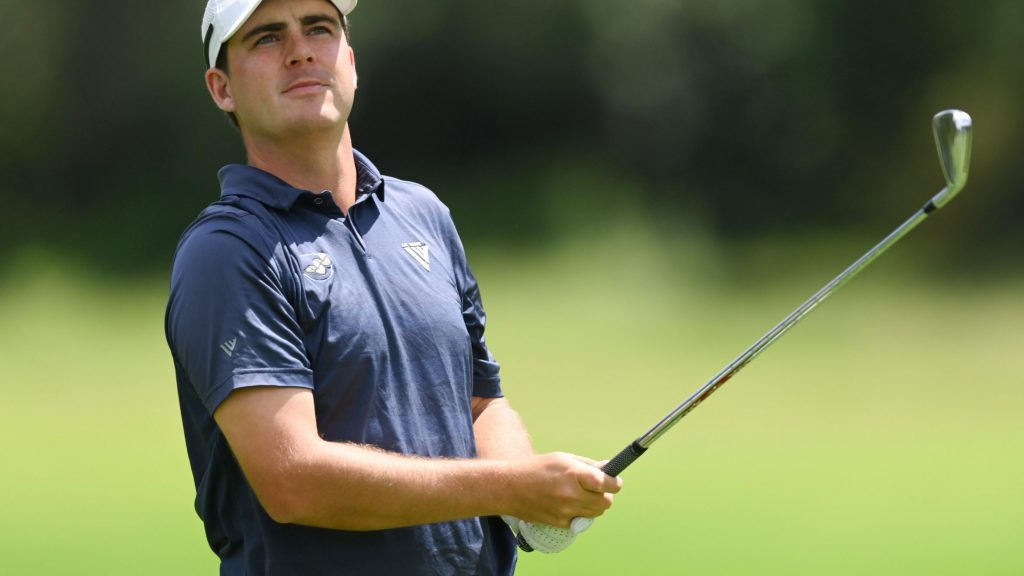 Being able to quickly change travel plans is an underrated skill for professional golfers. Aaron Cockerill has put that to the test this week.

Cockerill, from Stony Mountain, Man., had planned to take the week off and return to his home base in Dubai to spend some time with his wife Chelsea, who was scheduled to fly in from Canada. But Cockerill tied for second in the Magical Kenya Open on Sunday, allowing him to play in this week’s MyGolfLife Open at Pecanwood Golf and Country Club in Hartbeespoort, South Africa.

The MyGolfLife Open is co-sanctioned between the Europe-based DP World Tour and the Africa-based Sunshine Tour. Only the top-ranked players from each tour qualify, and Cockerill would not have made the field until he shot a 67 on Sunday to finish 12 under overall.

“My status wasn’t getting me into this tournament in the first place,” said Cockerill after taking in nine holes at Pecanwood. “So my wife and I were actually supposed to meet in Dubai and do like a week of travel and stuff there.

“But, yeah, that changed. And so now I’m down here, which is a good, good thing.”

Cockerill said that having to change plans at the last minute is a good problem to have. He also said that going to South Africa instead of Dubai isn’t as lavish as it might sound to most North Americans.

“The travel is really cool and crazy, but over here going country to country is a lot easier,” said Cockerill, who will see his wife next week in Dubai. “It’s amazing but also, sometimes it’s very difficult, right? Like, I haven’t been home in a while.

“It’s not all glitz and glamour, whatever but, you know, when I see the five feet of snow at home right now, I’m definitely happy to be over here.”

Having a top-five finish early in the season also sets Cockerill up well for the rest of the year. He originally planned to split his time between the DP World Tour (formerly known as the European Tour) and its second-tier circuit, the Challenge Tour, but his second-place tie means he has more opportunities.

“I’ve had a pretty good start on the main tour,” said Cockerill, who tied for 12th at the Joburg Open on Nov. 27 to begin the season. “It basically changed my plans to where I’m going to focus on the main tour instead of the Challenge Tour, which is which is really nice.

PGA TOUR — Corey Conners of Listowel, Ont., leads the Canadian contingent into The Players Championship this week. Conners is No. 42 on the PGA Tour after tying for 11th at the Arnold Palmer Invitational at Bay Hill on Sunday. He’ll be joined by Mackenzie Hughes of Dundas, Ont., Taylor Pendrith of Richmond Hill, Ont., Adam Hadwin of Abbotsford, B.C., and Roger Sloan of Merritt, B.C., at TPC Sawgrass in Ponte Vedra, Fla. Sloan will be the first Canadian on the course, teeing off on Thursday at 7:07 a.m. ET.

LPGA TOUR — Brooke Henderson of Smiths Falls, Ont., is the lone Canadian in the Honda LPGA Thailand at Siam Country Club, Pattaya Old Course in Chonburi, Thailand. Henderson looks to build off of a tie for sixth at the HSBC Women’s Championship in Singapore on Sunday. That top-10 finish continued Henderson’s torrid pace this season, after she finished second at the Tournament of Champions on Jan. 20, tied for sixth at the Gainbridge LPGA at Boca Rio on Jan. 27, and tied for 11th at the LPGA Drive On Championship at Crown Colony on Feb. 3.