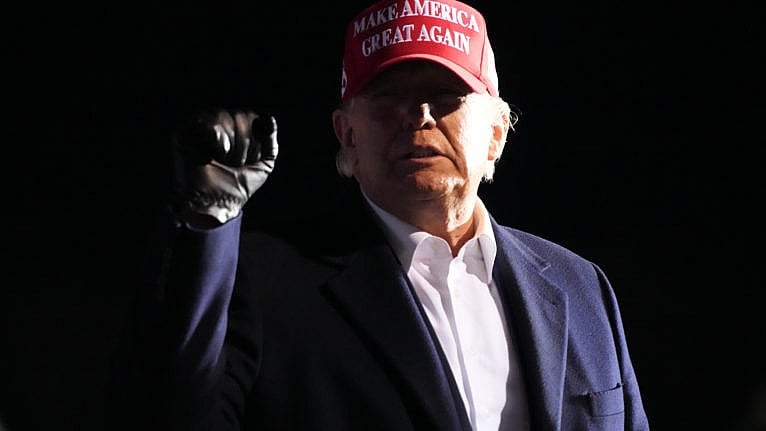 In the waning days of the 2020 U.S. presidential campaign, Léger conducted a poll to take the pulse of Canadian voters on the tightly contested presidential race south of the border. Unsurprisingly—considering Trump’s tumultuous relationship with Canada and his apparently random impositions of tariffs on several Canadian exports (steel, aluminium and other resources)—a vast majority of Canadians sided with then-Democratic candidate (and eventual winner) Joe Biden by a hefty margin. Mind you, this was before the well-documented post-election attempts by Trump to overturn the election in his favour, and before the violent January 6 insurrection on the Capitol.

As President Joe Biden approaches his mid-mandate mark, and considering that Donald Trump remains to this day the presumptive favourite for the 2024 Republican primaries, what do Canadians think about this potential rematch for the White House? In its latest federal poll, Léger asked the very same hypothetical question as in 2020 to its panel: “If you could vote in the U.S. presidential election, would you vote for Joe Biden or Donald Trump?”

Among all respondents, two-thirds of Canadians (65 per cent) would support President Joe Biden, against only 15 per cent of respondents who would side for Trump (and another 21 per cent do not know). Among decided voters, Biden gets the nod from 81 per cent of Canadian voters according to Léger, against 19 per cent for Trump.

Breaking down the results by polling regions of the country, we see little regional variations, aside from Alberta where support for Trump is highest at 33 per cent (for context, this is a proportion similar to the 2020 results in the state of Vermont). Support for Trump is lowest in Atlantic Canada, British Columbia and Quebec:

We also see a modest gender split, as Trump fares moderately better among Canadian men (22 per cent) than women (15 per cent). As for generational divide, we see only marginal variations by age groups, see graph below:

Since this Léger poll also measured federal voting intentions (see report here), we can therefore cross-reference federal party support with the results of the Biden-Trump question. Whereas we see marginal Trump support among Liberal, NDP, and Bloc voters (between 3 and 5 per cent), it is significantly higher with Conservative and PPC voters:

[Note: The sample of Green voters was too small to be statistically viable, but, for sake of transparency, Biden held a 86-14 per cent advantage among GPC voters.]

When Léger asked Canadians about the Biden-Trump match up in the fall of 2020, 41 per cent of Conservative voters sided with Trump. We notice that, almost two years and a failed insurrection later, that support for Trump has barely moved on Canada’s right. Among Maxime Bernier voters, five out of six side with Trump.

What is there to make of this data? Naturally, we must use caution not to draw definite conclusions from this obviously hypothetical question about another country, but one would have to play ostrich to not see any correlation between this support for Trump (and Trumpism in general) with the events surrounding the so-called “Freedom Convoy” last month in Ottawa, where Trump flags and other paraphernalia were clearly and proudly on display from many protesters.

Populism is not a new phenomenon in Canada, but its roots have been growing rapidly in the past years—here and in several Western democracies. Support for the authoritarian Populist-in-Chief south of the border is but one among several indicators.