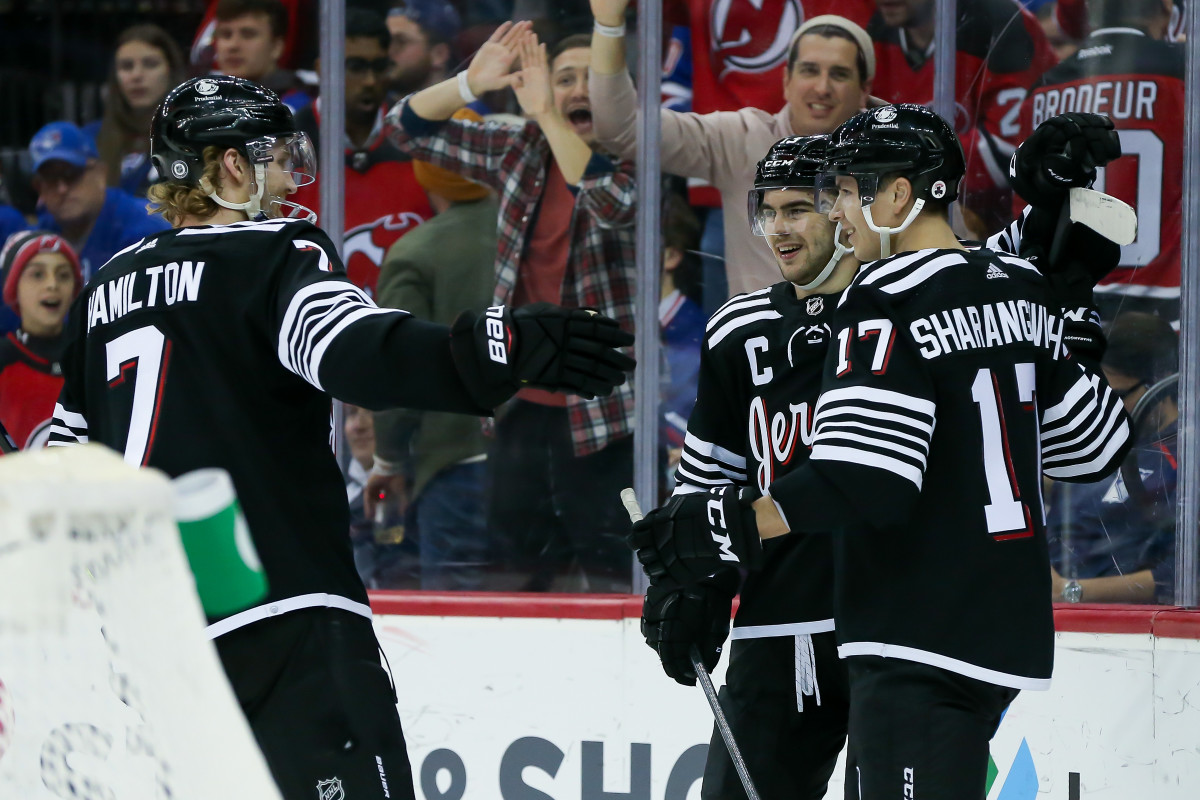 The fantasy season is upon us. Another year of tears of joy and heartbreak.

To help you along, here’s your fantasy outlook for the New Jersey Devils:

Objectively, the Devils didn’t have a good season. They did not qualify for the playoffs for the fourth straight season and their 27 wins was the lowest total in a non-lockout, non-COVID-shortened season since 1988-89. The season started on a positive note with three wins in five games – albeit all against non-playoff teams – but by December the Devils had slipped below .500 and would never recover. Part of it was due to COVID, which forced them to reschedule seven games, but they also had trouble stringing together wins; their season-high winning streak lasted only three games, which they did twice, but they also suffered four-, five-, six- and seven-game losing streaks. Injuries also played a big role; only Dawson Mercer managed to play all 82 games, and top free-agent signing Dougie Hamilton was limited to just 62 games due to a broken jaw and later a broken toe.

Goaltending was a headache from the start with Mackenzie Blackwood getting his first COVID vaccine after the season had started only to aggravate a heel injury from offseason surgery, and together with Jonathan Bernier, who was supposed to push Blackwood and be the dependable 1B veteran, played a total of 35 games. Of the league-high seven goalies the Devils played, only one of them had a save percentage above .900 (Bernier’s .902) and none with a GAA lower than 3.06. The reason the Devils didn’t finish last in goals against or on the PK is because their underlying numbers were actually okay. They finished 15th in 5v5 CF% and 13th in 5v5 xGF%, according to naturalstattrick.com, and outshot their opponents on average 31.2 to 31.0.

Those possession metrics is one reason why the Devils should be optimistic about the future, and another reason is the quality of young talent currently on their team. Jack Hughes and Nico Hischier may end up being one of the best 1-2 punches in the league down the middle, and there’s a lot of talent on the wings with the underrated Jesper Bratt and recently signed veteran Ondrej Palat, and impressive youngsters Mercer, Yegor Sharangovich, Miles Wood and sniper Alexander Holtz, who is a Calder candidate this season. On defense, at least help is coming with three first-round picks in consecutive drafts: Shakir Mukhamadullin, Luke Hughes and Simon Nemec, none of whom are expected to join the team this season though Mukhamadullin and Nemec have already signed. Goaltending is a work in progress, but the Devils at least made an attempt to address it by acquiring Vitek Vanecek over the summer with Bernier facing an uncertain future with a bad hip.

And you thought Hughes, eh? To be sure, Hughes is on the cusp of superstardom, and both THN’s Pool Guide and BetMGM’s over/under points are projecting Hughes to finish as the team’s leading scorer. There may be some risk with his recent injury history after being limited to just 49 games last season, but injuries aren’t very predictable and we assume that Hughes will play all, if not the vast majority, of the games this season. Picking Hughes, however, isn’t a very spicy take, and in many drafts is going higher than what his production would really dictate. In other words, while Hughes has better than point-per-game potential, he is still not a well-rounded fantasy player especially with his low faceoff percentages and lack of banger league appeal. Fantasy managers targeting Hughes as an early-round pick (think top-five rounds) are banking on him to finish in the top-20 in scoring and even his biggest fans would agree that it’s a pretty tough task.

That leaves Hamilton, who had scored 20 points in 29 games before breaking his jaw, and should lead the team in minutes per game. The Devils should improve their overall defense even without their top three prospects after adding John Marino and the emergence of Jonas Siegenthaler, who plays a very dependable 20 minutes per night. It should be noted that Hamilton’s Individual Point Percentage at 5-on-5 last season was just 32.76 percent, which is far lower than his career average. In other words, though Hamilton scored at a 0.48 P/GP pace last season, which would pro-rate to 39 points in 82 games, it’s very likely that he will score at a much higher pace this coming season. If Hamilton scores 50 points, which he should be able to easily do if healthy, it would rank him in the top-20 among defensemen. Yahoo’s ADP has Hughes (96.6) higher than Hamilton (104.0), but depending on how your draft is going and your league settings, Hamilton could provide much better value.

Health is the biggest concern when it comes to Hischier, who scored at a career-high 70-point pace last season with a healthy amount of faceoff wins with 730, which ranked 14th in the league. Hischier’s ADP on Yahoo is 164.4, which feels far too low, especially in banger leagues. Considering that Hughes isn’t very strong in the dot, Mercer will likely play right wing again, and Erik Haula will be used as a center and winger but in matchup role, all signs point toward Hischier dominating the dot once again. Center is a deep position in fantasy, and most of them will need to be strong in the peripheral categories to really stand out.

Vanecek is the only Devils goaltender to have an average ADP, which means the public is assuming he will be the starter over Blackwood. I don’t think that’s necessarily set in stone; analytically, Blackwood was one of the Devils’ better options, not to mention he is entering the final year of his three-year bridge contract. His play is certainly trending down, but last season may have just been the anomaly with some confusion surrounding his vaccination status that prevented him from playing games, and also a heel injury that clearly bothered him.

Vanecek, too, battled stretches of inconsistency, and both him and Ilya Samsonov were jettisoned by the Caps, who felt neither would be good enough to help them win even though they do a pretty good job of limiting shots on goal. This feels very much like a 1A-1B rotation with perhaps an even 50-50 split by the end of the season. They’ll simply ride the hot hand, making it a nightmare situation for fantasy managers. Note that although the Devils signed Vanecek to a multi-year contract, it isn’t unlike the two-year deal the Red Wings gave to Alex Nedeljkovic to prove they can be long-term starters, and we all know how Nedeljkovic’s season went last season.

Improving, yes, but perhaps only enough to be a playoff contender. They’re still young and inexperienced with big question marks in net. Hughes, Bratt, Hischier and Hamilton present the best fantasy options, and their supporting cast of Palat, Mercer, Sharangovich and Damon Severson would only be worthwhile in deeper leagues.